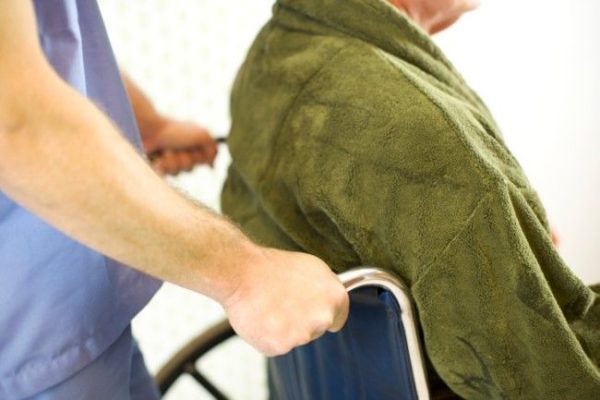 A recent analysis of America’s shrinking work force says the change is due, in part, to an increase in recipients of Social Security Disability (SSD) benefits. The analysis strongly implies that many SSD beneficiaries do not deserve this assistance.

Adam Ozimek writes for Moody’s Analytics that, in the 1980s, the Social Security Administration’s screening criteria for disability benefits began to “put more weight on subjective factors such as pain and the ability to function in a workplace, rather than medical and diagnostic criteria.”

However, he does not quote or link to legislation, rules, policy statements – or anything else, for that matter – in support of this claim.

Ozimek goes on to argue that these purported changes in the SSD insurance program’s rules, economic problems and the U.S. labor market’s “deterioration” have combined to create an “incentive” for individuals to seek SSD benefits.

He also claims that the “close relationship between labor market conditions and disability enrollment suggests the program is functioning as a form of shadow long-term unemployment insurance.”

SSD Benefits: Not Such an ‘Easy’ Process, as Writer Claims

Anyone who is disabled and has gone through the SSD benefits application process could probably tell Ozimek about the voluminous data, including extensive medical evidence, which must be presented to the Social Security Administration (SSA) in order to be awarded this important assistance.

Many SSD benefits applicants in Florida and across the country – more than half of them, according to SSA statistics – could tell Ozimek that, in fact, their initial application for benefits was denied.

Out of the roughly 45 percent of applicants who do obtain SSD benefits, about 3 percent obtain them by appealing once. Meanwhile, 13 percent get them only after going through multiple appeals, according to the SSA.

Ozimek states that “those with health problems receive no help from the program until they fully leave the labor force.” He suggests workplace accommodations, rehabilitation services or partial income support as alternatives to the disabled not working.

In making this statement, the writer seems to have overlooked The Red Book, a guide to SSD work incentives that is intended to help SSD benefits recipients to “enter, re-enter or stay in the workforce” and “move from benefit dependency to independence.”

No program is perfect. Clearly, SSA officials would admit that the federal government disability benefits programs, including the Supplemental Security Income (SSI) program, could use improvements in several areas such as reducing the wait times for individuals as they pursue benefits.

However, it is wrong to imply that the SSD program is an automatic giveaway to anyone who claims that a medical condition prevents him or her from being able to work. In fact, the SSD benefits program is an insurance program, which means recipients of benefits have paid into the program out of their previous earnings.

By and large, the SSD program serves the function it was intended for – providing a ray of hope and support for those dealing with a disability.